Not everyone has a second skin

Warning. This article contains spoilers for the film Joker.

There’s a lot of controversy surrounding director Todd Philips’ new Joker film currently in theatres. Some of the arguments are tired old bones, such as the violent subversive nature of the film. But these reactions are nothing new. Films like Natural Born Killers, A Clockwork Orange, Lolita and Straw Dogs, all caused their own share of controversy at the time — public trepidation that violent art begets violent acts. But Phillips has been extremely forthcoming about the film’s cinematic influences, including Taxi Driver (another film that roused contention in the 1970s) and The King of Comedy.

It is clear Phillips wants people to have conversations — to speculate, ruminate and watch Twitter implode. And that’s what true art does — it forces us to question the very institutions we rely on. We often don’t want to be confronted with characters who’ve fallen through the cracks in society, or to ask the question: what makes someone become a villain? But true art is not always pretty — sometimes it’s difficult to digest. But that’s the point of a film like this, to force us to ask questions.

Joker does not tackle a single theme, but many leitmotifs, such as class systems, media exploitation, and the nature of violence. But it is the issue of mental health that is at the heart of this film. All you have to do is consider the second scene and second last scene—bookends that see Arthur Fleck talking to a social worker and then a psychiatrist, after being admitted to Arkham State Hospital.

Throughout the film the commentary shifts from class degradation, to Arthur’s own internal disintegration, nailed in a heart-rending and chilling performance by Joaquin Phoenix. We learn that all he has are negative thoughts, that he is taking seven different types of medication and his ability to function in society is minimal at best. At the same time, the director is careful to avoid any labelling concerning Arthur’s mental health.

“Me and Scott [Silver, co-writer] and Joaquin, we never talked about what he has. I never wanted to say, ‘He’s a narcissist and this and that.’ “We just said, ‘He’s off.’ He’s just kind of left-footed with the world.” — Phillips

Upon seeing the film again, I noticed more nuances in the character and the many layers of Arthur’s personality, such as his childlike humour. In one of my favourite scenes, Arthur is riding on a bus and attempts to make a child laugh by pulling some funny faces. He makes a connection, the boy giggles and breaks into a smile, and for a brief moment there is a look of pure joy on Arthur’s face. But when the boy’s mother witnesses the innocent act, she berates him: “Leave my child alone.”

For most of us, we would feel somewhat embarrassed and apologise. But for Arthur, it triggers his anxiety, which then causes his affliction to take control — agonising, uncontrollable laughter, at the most inappropriate of times. It’s an actual neurological disorder called the Pseudobulbar Affect, or PBA, usually seen in people with neurological conditions or traumatic brain injuries. In this way, Arthur’s affliction becomes a manifestation of his disconnection with the world, his childhood trauma, and how he relates to others. And more importantly, how others relate to him. 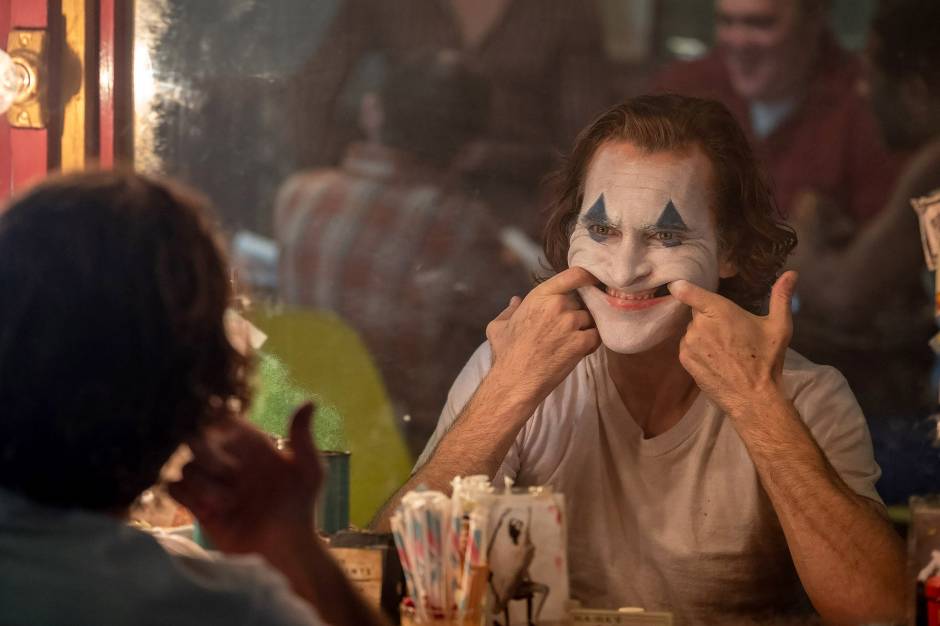 Just a clown searching for identity

In the first part of the film, we see Arthur doing his best to cling to a misplaced belief in himself – that he was born to make people laugh. Even his mother tells him, “Don’t you need to be funny to be a comedian?” Naturally, with every turn awkward Arthur is rejected, ostracised and humiliated, until his hope is completely diminished. Rejection, ridicule, and even hostility is something all artists can relate to, and in some cases this grinding down of a person’s character can force them to question their place in the world.

Furthermore, Arthur has no concept of decorum — he laughs at things that aren’t funny (painfully so) or looks to others to gauge reactions, and who can blame him? Arthur has no real social network (other than his embittered workmate Randall, who sets him on his path by giving him a gun). Even his relationship with his neighbour Sophie is a fantasy. And while we’ve seen this loner archetype before, such as Travis Bickle in Taxi Driver, Arthur is so completely tortured that it’s hard not to feel sorry for him. We are, after all, social creatures and cannot exist in a vacuum — we rely on each other for social interaction as this is how we develop our personalities and social skills. We need to feel connected, to know that we exist and believe there is some meaning to life.

When someone becomes alienated and ostracised, they risk depression and dissociation. Mix that with a history of emotional and physical trauma and you have an individual whose psyche is hanging by a thread. We only have to look at the homeless to see what happens to people with a history of trauma who are starved of recognition. For some people it’s a question of resilience, adjusting and developing, but for others that kind of endurance is lost — particularly when the system has flushed them. And crime is often a result of people turning to desperation.

“It’s a guy who’s searching for identity. I think he mistakenly becomes a symbol, but what he was really looking for was adulation. This joker was never looking for the world to burn. It’s about the lack of empathy that we’re seeing in the world.” — Phillips

The disturbing nature of Arthur’s first crime is that it is committed during a disorientating act of self-defence. Then in a chilling transformation, we watch Arthur become the Joker as he slow dances alone, gazing at his shadowy reflection in a bathroom mirror. It’s a deeply uncomfortable, yet mesmerising scene. Furthermore, it’s entirely tragic for it is the moment Arthur truly falls from grace.

In what can only be described as retro take on modern media, the murders go viral, and Arthur basks in the afterglow of his crime. “I didn’t know if I even existed,” he tells his social worker, “but I do, and people are starting to notice.” A wannabe-comedian, children’s entertainer turns violent felon overnight, and inadvertently sparks an anarchist movement against the gatekeepers of Gotham. The scenario reads like a headline— the tragedy being that it has taken the act of murder for Arthur to finally be noticed. But it’s too late – he has lost his humanity.

“Every normal person, in fact, is only normal on the average. His ego approximates to that of the psychotic in some part or other and to a greater or lesser extent.” – Sigmund Freud

It raises the question: who (or what) does a person become when they lose everything and resort to violence? How does that change a person who’s suffered in silence, and lived in the shadows of obscurity? It is these questions critics (who condemn the film) fear to ask. Freud often spoke of the unconscious parts of us that remain repressed and what happens when our psyches become unhinged. It is Arthur’s inability to be seen, to be recognised as a functioning human being, that creates this split. 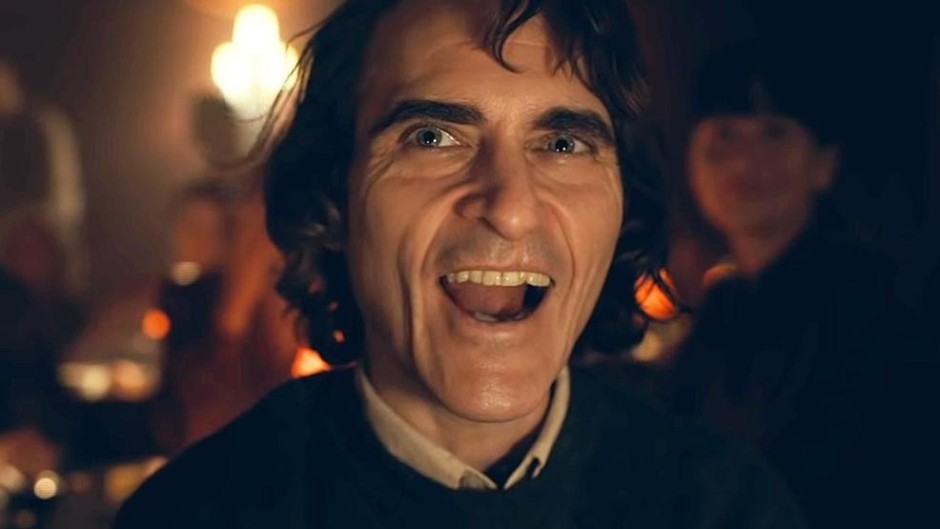 Many of the issues critics and the media have with the film seem to stem from an inability to sympathise with the character. But should we feel sorry for Arthur? Mark Kermode recently stated that “Arthur isn’t sympathetic, he’s a pitiful character. He’s a character who’s been boiled in the loathing around him.” While this may be true, it’s important to remember that Arthur confesses to never having felt happiness once in his life. Yet ironically, his mother Penny has instilled the belief in him that he is destined to spread “joy and laughter into the world” – a recurring monolog throughout the film that is at odds with the apathy and hostility of Gotham.

It’s difficult to try and understand a monster, and it is precisely the reason this film has caused so much controversy. Yet it is ironic, because this is exactly the film’s message — that society has a role to play in shaping an individual’s psyche. Every year there are budget cuts to social services and people who suffer from mental health disorders are left to feel alienated and powerless, just like Arthur. “They don’t care about you Arthur,” his social worker reminds him. We see it every day: streets lined with the homeless, juvenile detention centres overflowing with children as young as 10 years old in Australia — individuals who’ve been ignored by the system. We also see Thomas Wayne reflected in our conservative republicans. Politicians who use the media to balm urgent issues, while marginalised minorities and those less fortunate fall through the cracks. But it’s ok, they won’t complain … “I’m not political, I don’t believe in anything.”

“Movies are sometimes mirrors of society but they are never moulders. Inevitably certain themes find their way into the movie that may exist now.” — Phillips

So, should we feel sympathy for Arthur? Yes, I think we should feel something. But empathy should be shown as early as possible towards the Arthurs of the world, and those who suffer from any form of mental illness should never be pushed aside. Because it’s a lot harder to empathise with a man who has broken from reality, and it’s near impossible to feel sympathy for a monster.

With Arthur, we can feel for the humanity he has lost in the maelstrom of Gotham’s indifference. “If it was me lying dead on the sidewalk people would walk right over me,” Arthur says to talk show host Murray Franklin before shooting him. Franklin replies: “So much self-pity.” And yes, Arthur has it in spades. Yet it’s important to note that Arthur’s illness is exploited by Franklin. It doesn’t condone Arthur’s/Joker’s actions, but it is just one more betrayal in a line of painful betrayals for an already troubled man.

Joker is a cautionary tale about what happens to an anguished, mentally ill man who completely loses his support system — be that friends, family, society, or social services. It is a film that does not condone violence, but rather portrays the unravelling of a man who feels invisible, and who is forced to act as if there is nothing wrong. Arthur’s own ‘joke journal’ confirms this: The worst part of having a mental illness is people expect you to behave as if you DON’T.

Phillips’ film is a masterpiece and couldn’t have landed at a better time. It’s a film society needs right now, because while mental health is a pressing topic, it’s still tainted with a lot of stigma and stereotyping. Joker is an important and stirring film that has opened a new line of discourse surrounding mental health — not only how we might treat others who are less fortunate, but how we might practise more compassion, empathy and kindness in our everyday lives.