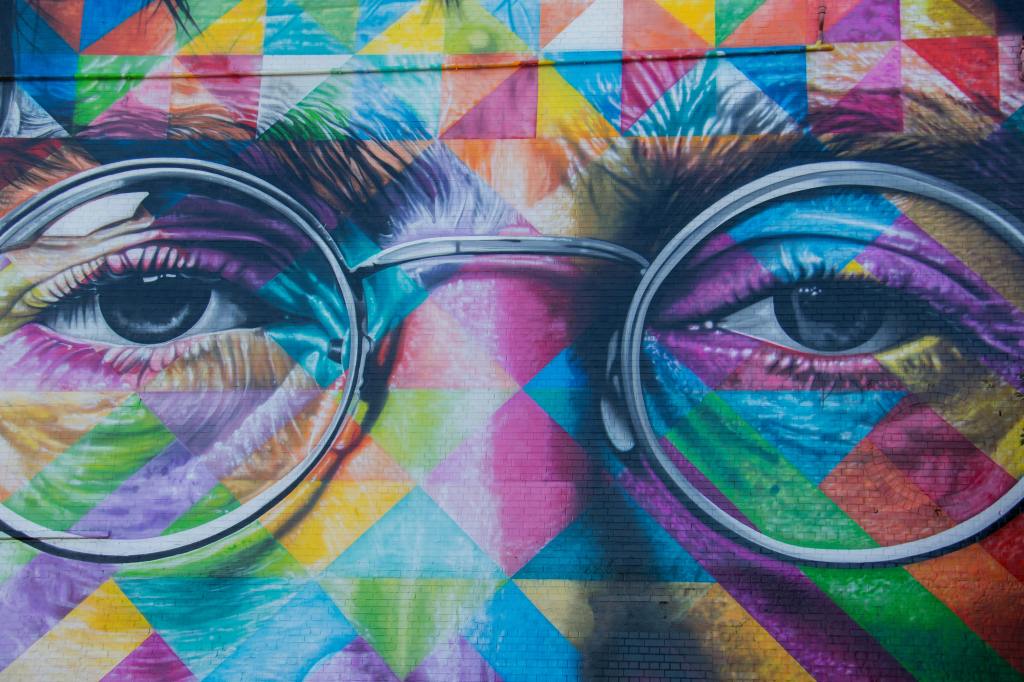 Giving peace a chance is more important than ever

It’s 2021. We made it. It has been hard to watch the world burn. With so much devastation at our doors in 2020: deadly bush fires in Australia, a deadly pandemic, enforced lockdowns, race riots, financial crashes, Trump was still in power, America’s cities on fire, and fear tactics congesting the media — it was extremely difficult to see any hope.

But it is especially in such times that we need hope, not despair — we need assurance, not despondency. How has the human spirit survived such epic gloom in the past? You might think the answer can be found in technology since it appears to solve so many of our personal and business solutions. You might believe our salvation lies in industry, business ventures and corporations, or perhaps the human spirit can survive by reigniting the fiery kilns of science and innovation — after all, science has allowed us to evolve, cure diseases, even land on the moon. But it is in the arts we have discovered our greatest strengths — this is how the human spirit has endured.

Let’s wind the clock back to 1969. The devastating Vietnam war is dragging on and hundreds of thousands of civilians and soldiers on both sides have been wounded and killed, with heavy losses on the US side. The war sparks protests throughout the world, including huge anti-war demonstrations in Washington, and campus take-overs turn violent over the killing of four protesting students at Kent State University by National Guard troops. The public is up in arms, the people have spoken, international outcry sees millions take to the streets to march, chant, and shout for peace.

At the same time, in room 1744 of Queen Elizabeth’s Hotel in Montreal, John Lennon and Yoko Ono are sitting upright in bed, dressed in angelic white pajamas that resemble saintly robes. The Bed-Ins for Peace is their way of promoting world peace through nonviolent protest, the first being in Amsterdam and now Montreal. Needless to say, they have attracted global media attention. The couple has even sent acorns to world leaders in the hope they would be planted and bloom into symbols of peace, but they are still waiting for an invitation.

But it doesn’t matter. They have everything they need; they have the power of music, and music has always been an anchor for people throughout history. And on June 1, 1969, on the seventh day of their Bed-In, John and Yoko invite some friends to join them to sing a new peace anthem titled ‘Give Peace a Chance.’ André Perry hits record, and the room is filled with the sound of an acoustic guitar accompanied by the voice of John Lennon singing, “Ev’rybody’s talking ’bout Revolution, evolution, masturbation, flagellation, regulation, integrations, Meditations, United Nations, congratulations,” and all in the hotel room, including Yoko, Timothy Leary, Allen Ginsberg, and Dick Gregory chant the chorus: “All we are saying is give peace a chance.”

The event was met with skepticism and mixed reactions from the press. Some believed it was the epitome of Gandhism and exactly what the world needed, while others believed it to be a desperate marketing gimmick to sell the single. And how lying in bed was going to bring world peace, nobody quite understood: marching against the war or sleeping for peace? The jury was out. Nevertheless, nobody could deny the power of the words — that peace was ultimately all the world really needed in 1969. In December of that year, Lennon and Ono pasted giant billboards in major world cities that read ‘WAR IS OVER! If You Want It — Happy Christmas From John and Yoko.’It was a reminder to the public that the power of art can inspire change, but that this change must first happen in yourself. It reminds me of a quote by Mohandas Karamchand Gandhi:

“Our greatest ability as humans is not to change the world; but to change ourselves.”

The Vietnam War sparked a wave of protestors in its time and many musicians supported the anti-war movement, including Joan Baez, Pete Seeger, Neil Young, Nina Simone, Marvin Gaye, and the legendary Bob Dylan. But none quite captured the spirit of peace like John Lennon’s consequential anthems, ‘Give Peace a Chance’ (1969) and ‘Imagine’ (1971). The latter is now considered one of the most significant and important pop songs ever written. In an interview with Rolling Stone magazine in 1980 John Lennon gave his final interview:

“We’re not the first to say, “imagine no countries” or “give peace a chance”, but we’re carrying that torch, like the Olympic torch, passing it hand to hand, to each other, to each country, to each generation … and that’s our job.”

Lennon understood that any artist could be more than the sum of their parts, and that the nucleus of art has the power to shape, influence, and heal the turmoil of any particular era. John Lennon did not consider himself to be a socialist, nor a communist. He considered himself to be an artist who valued socialist ideals. At the risk of being labeled a Marxist-Leninist, he wrote the words to ‘Imagine’ in the hope that his vision for world peace, freedom and equality would shine through the darkness of the era. Often, he was labeled as a hypocrite for writing about issues he was not personally affected by, or attacked for his radical viewpoints and pragmatic, idealistic concepts. But with great art comes sacrifice — with great truth comes risk.

Art continues to protest against inequality

Protest songs may not have quite the impact that ‘Imagine’ did on the collective consciousness of our modern age, but artists are still writing protest songs all the same. Artists are still risking their reputations and standing in the face of adversity, because, as Lennon put it, that’s an artist’s job. Jay-Z’s ‘The Story of O.J.’ (2017) addressed racism and stereotypes and included rap lyrics that called out O.J. Simpson’s claims of opulence over race. This was combined with an arresting music video that targeted racist stereotypes employed by major movie studios. Or take Kendrick Lamar’s ‘Alright’ (2015). The song arrived at a time when ISIS was front and center of the news, guns were killing as many people as cars, and Republicans were milking Americans’ fears as Obama’s presidency neared its end (Trump was closing in). Lamar’s hip-hop hit captured a much-needed sense of endurance and hope amidst a darkening cloud of fear and propaganda, with its rallying chorus and personal, yet festive, message — it was a song about acknowledging harsh realities while striving for something more deserving in life. Inspired by Lamar’s visit to South Africa where he witnessed profound inequality, the single went on to receive a score of nominations at the 58th Grammy Awards and became the ‘unifying soundtrack’ of the Black Lives Matter movement and can still be heard blaring its vibes of buoyant hope at current protests.

Art has always inspired people to be the wind for change. Art, all art, allows us to scrutinize our problems against our ability to endure amidst the greatest dilemmas and prejudice. We can prepare for the worst: rally scientists to research cures for diseases such as COVID-19, encourage start-up companies to create new and innovative tech to help us understand and monitor modern-day threats, and use media to expose the truth, or conceal lies. But none of these incredible human endeavors can really provide what we desperately need during a crisis: hope.

Art has the unique power to rekindle our sense of wonder, optimism and ambition during the darkest of times, and will continue to see us through each and every disaster, pandemic, presidency, and perhaps even an apocalypse if we don’t wise up. The Russian novelist Leo Tolstoy described art as:

“Art is the activity by which a person, having experienced an emotion, intentionally transmits it to others.”

Scholars, poets, painters, songwriters, historians, and everyday people all have their own interpretation of what art is. It’s subjective. But perhaps art is, in essence, the ability to dream and the courage to hope. The Merriam-Webster dictionary defines art as: “the conscious use of skill and creative imagination.” If so, then perhaps John Lennon was right all along when he titled his song ‘Imagine’ and asked us to join him to dream of a better world.