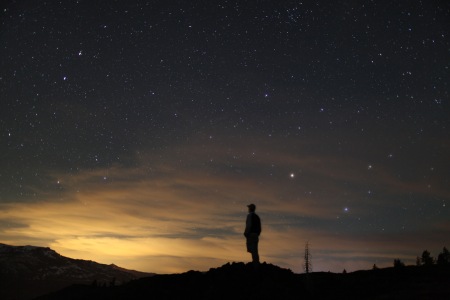 Why marvelling at nature might be exactly what you need

There are some things in this life that are worth connecting to. Mysteries that boggle the mind, secrets that cause the mouth to gape open and our eyes to widen, and enigmas that offer some respite from our daily grind.

Things that are bigger than us.

In 1976 an African American kid from the Bronx was fresh out of high school with dreams of becoming a scientist. He was just seventeen when he sent off his college applications and was soon accepted to Cornell University in Ithaca.

What the young student did not know, was that the admissions office sent his application to Carl Sagan, who was not only a famous astrophysicist at the time but was also the leading Professor of Astronomy and director of the Laboratory for Planetary Studies at Cornell.

Shortly after, Sagan sent the young man a letter offering to show him around the labs on campus.

The excited young student had to pinch himself. After all, Carl Sagan had been one of his heroes since he was eight years old. He met Sagan two weeks later on a snowy Saturday morning and was given a tour of the labs. During the tour, Sagan handed the young man a signed copy of his book, “The Cosmic Connection.” When the student opened the book he noticed it was inscribed “to a future astronomer.”

At the end of the day, Sagan drove the young man back to the bus station. The snow was falling harder and it looked as though the roads might be closed. Sagan wrote his home phone number on a piece of paper and said, “If the bus can’t get through, call me. Spend the night at my home with my family.”